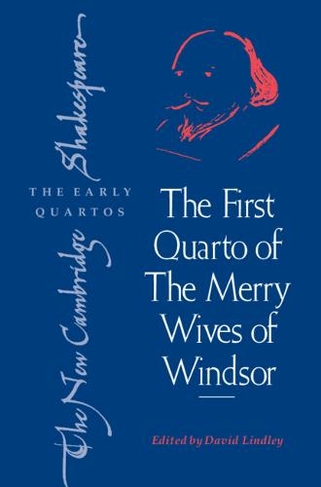 The First Quarto of 'The Merry Wives of Windsor': (The New Cambridge Shakespeare: The Early Quartos)

The First Quarto of The Merry Wives of Windsor is the most fascinatingly problematic of all the early Shakespearean texts. Was it an authorial first draft? Or a cut-down version of the better-known Folio text designed for acting? Or a text put together from faulty actors' memories? Or a reported text assembled by notetakers from attendance at the theatre? None of these theories, though advanced and interrogated for the last 250 years, is totally convincing. The Introduction to this edition explores the various attempts to make sense of the short version of the play, demonstrating the ways in which preferences for one theory or another reflect the changes in editorial theory and fashion over the centuries. The modernised text and its commentary enable the reader to enter into this ongoing and endlessly intriguing debate. 1 Halftones, black and white

David Lindley is Professor Emeritus at the University of Leeds, where he taught for many years in the School of English. He has previously edited, among other texts, The Tempest for the New Cambridge Shakespeare (Cambridge, 2nd edition, 2013) and 11 court masques by Ben Jonson for The Cambridge Edition of the Works of Ben Jonson (Cambridge, forthcoming). A study of the scandalous career of Frances Howard appeared in 1993, and he has written extensively on the relationships of music and literature, including a study of Thomas Campion (1985) and Shakespeare and Music (2006).