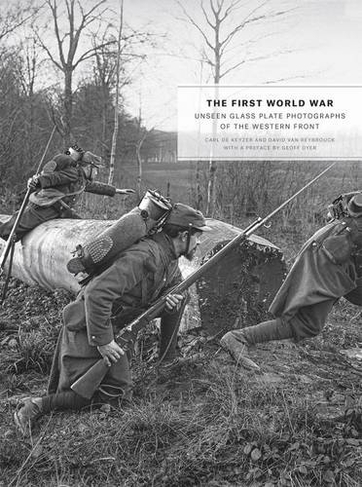 A century after it began, we still struggle with the terrible reality of the First World War, often through republished photographs of its horrors: the muddy trenches, the devastated battlefields, the maimed survivors. Due to the crude film cameras used at the time, the look of the Great War has traditionally been grainy, blurred, and monochrome-until now. The First World War presents a startlingly different perspective, one based on rare glass plate photographs, that reveals the war with previously unseen, even uncanny, clarity. Scanned from the original plates, with scratches and other flaws expertly removed, these oversized reproductions offer a wealth of unusual moments, including scenes of men in training, pictures of African colonial troops on the Western front, landscapes of astonishing destruction, and postmortem portraits of Belgian soldiers killed in action. Readers previously familiar with only black-and-white or sepia-toned prints of the hostilities will be riveted by the book's many authentic color photographs, products of the early autochrome method. From children playing war games to a wrenching deathbed visit, these images are extraordinary not only for their subject matter, but also for the wide range of emotions they evoke. Accompanied by a preface from celebrated writer Geoff Dyer and an essay by historian David Van Reybrouck, the photographs here serve both as remarkable witnesses to the everyday life of warfare and as dramatic works of art in their own right. These images, taken by some of the conflict's most gifted photographers, will radically change how we visualize the First World War.

Carl De Keyzer is an acclaimed documentary photographer, photojournalist, and photography teacher. A member of Magnum Photos since 1994, he has published his work in multiple books, including, most recently, Oogspanning: Fotografie Carl De Keyzer 1981-1984. He resides in Ghent, Belgium. David Van Reybrouck is a historian and writer based in Brussels, Belgium.