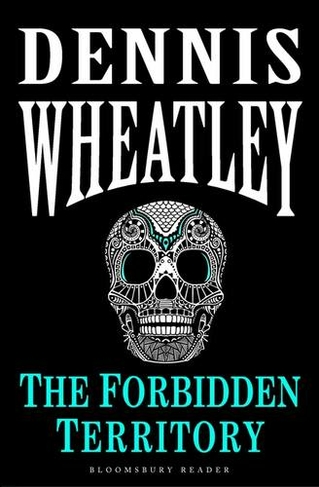 Dennis Wheatley's first published novel, introducing his modern trinity of musketeers in the epicurean Duke de Richleau, financier Simon Aron, and the wealthy young American, Rex Van Ryn. The Duke receives a coded message from his missing friend, Van Ryn who, while hunting for treasure lost during the Soviet takeover of Russia, is now in prison somewhere in that vast country. Along with the Duke, good friends Simon Aron and Richard Eaton set off on a secret mission to secure his escape. Without official papers they lead a thrilling caper, hunted by the Secret Police, through Siberia and across the plains, mountains and forests of Soviet Russia.

Dennis Yates Wheatley (1897 - 1977) was an English author whose prolific output of stylish thrillers and occult novels made him one of the world's best-selling writers from the 1930s through the 1960s. His Gregory Sallust series was one of the main inspirations for Ian Fleming's James Bond stories.Born in South London, he was the eldest of three children of an upper-middle-class family, the owners of Wheatley & Son of Mayfair, a wine business. He admitted to little aptitude for schooling, and was expelled from Dulwich College. Soon after his expulsion Wheatley became a British Merchant Navy officer cadet on the training ship HMS Worcester.During the Second World War, Wheatley was a member of the London Controlling Section, which secretly coordinated strategic military deception and cover plans. His literary talents gained him employment with planning staffs for the War Office. He wrote numerous papers for the War Office, including suggestions for dealing with a German invasion of Britain.Dennis Wheatley died on 11th November 1977. During his life he wrote over 70 books and sold over 50 million copies.