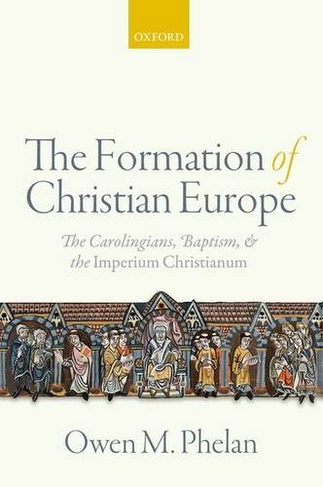 The Formation of Christian Europe The Carolingians, Baptism, and the Imperium Christianum

The Formation of Christian Europe analyses the Carolingians' efforts to form a Christian Empire with the organizing principle of the sacrament of baptism. Owen M. Phelan argues that baptism provided the foundation for this society, and offered a medium for the communication and the popularization of beliefs and ideas, through which the Carolingian Renewal established the vision of an imperium christianum in Europe. He analyses how baptism unified people theologically, socially, and politically and helped Carolingian leaders order their approaches to public life. It enabled reformers to think in ways which were ideologically consistent, publically available, and socially useful. Phelan also examines the influential court intellectual, Alcuin of York, who worked to implement a sacramental society through baptism. The book finally looks at the dissolution of Carolingian political aspirations for an imperium christianum and how, by the end of the ninth century, political frustrations concealed the deeper achievement of the Carolingian Renewal.

Owen Phelan is Associate Professor of Church History at Mount Saint Mary's University. Dr. Phelan works on Church History, History of Christianity, and Medieval History. He specializes in the study of Late Antiquity and the Early Middle Ages. He is the co-editor of Rome and Religion in the Medieval World: Studies in Honor of Thomas F.x. Noble with Valerie L. Garver (Ashgate, 2014).