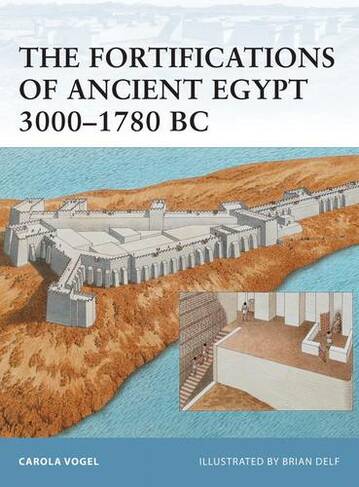 During the Old and Middle Kingdoms, Ancient Egypt led the world in the construction of fortifications. The oldest was discovered on Elephantine Island and dates to c.2900 BC. This book investigates over 2,000 years of Egyptian fortification, including both fortified cities and military installations. It covers the most famous sites including the fortified town of Ayn Asil and the fortress of Buhen. The text also examines the specific defensive structures within the fortifications, including gates, walls, and towers, and looks at both the operation and social history of these ancient military strongholds. b/w and col illus

Dr Carola Vogel received her PhD in Egyptology from the Johannes Gutenberg University, Mainz. She has a strong background in ancient Egyptian military history and is publishing and lecturing extensively in this field. Her dissertation on Egyptian fortresses and garrisons up to the Middle Kingdom was awarded with the third prize of the renowned Werner von Hahlweg Prize in 2000.