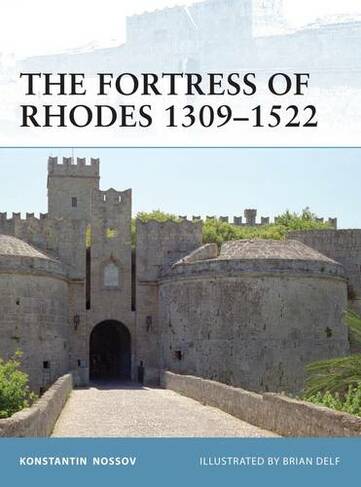 First besieged in 305 BC, the island of Rhodes became part of the Roman Empire and was later fortified in the Byzantine style. Due to its strategic position in the Mediterranean, Rhodes was also attacked and besieged for over a century by Islamic forces. This title details the development of these fascinating fortifications, as well as the sieges that sought to reduce them. Illustrations (chiefly col.)

Konstantin Nossov is a researcher in and advisor on ancient and medieval arms, armour and warfare, as well as the author of numerous books and articles on the subject. His particular areas of interest include the history of weapons, fortification and siege warfare. He has lived all his life in Moscow, Russia, and has traveled extensively in Europe, North Africa, South Asia, Asia Minor and the Far East. Konstantin has written several Osprey books, as well as other English language titles and numerous books in Russian.