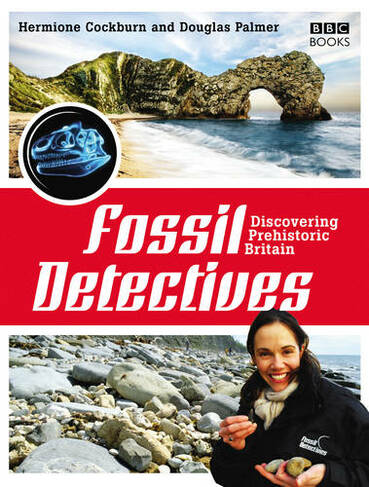 By Douglas Palmer (Author), Hermione Cockburn (Author)
Paperback
https://www.whsmith.co.uk/products/the-fossil-detectives-discovering-prehistoric-britain/douglas-palmer/hermione-cockburn/paperback/9781846075773-01-000.html £14.44 rrp £16.99 Save £2.55 (15%)
GBP
Availability
Currently unavailable. We don't know when or if this item will be back in stock
Share

Fossils provide us with a tantalizing glimpse of Britain's prehistoric past and hold the key to unlocking the secrets of life's history and evolution. Since the appearance of primitive organisms in Britain more than a billion years ago, oceans, deserts, swamps and vast mountains have come and gone in our corner of western Europe; forests of long-extinct trees, flowers and grasses have covered the land, and dinosaurs and other strange creatures have roamed across it. How do we know? The evidence is all around us - in the rocks and fossils that lie beneath the landscape. In this highly informative and practical book, which accompanies the BBC series, presenter Hermione Cockburn and renowned palaeontologist Douglas Palmer take an in-depth look at the most exciting fossil stories from around the country. When and why were dinosaur fossils first discovered in Britain? How was the biggest fish ever to have swum in the sea unearthed near Peterborough? What do modern medical techniques have to offer fossil hunters? Packed with colour photographs and illustrations, Fossils Detectives is full of surprising facts and features. And for those who want to try their hand at some fossil detecting of their own, the book includes an extensive regional gazetteer of fossil-hunting sites and places to visit, and guidance on identifying your fossil finds. Get ready for some time travel around Britain, with the Fossil Detectives! 150+

Hermione Cockburn is an earth scientist and science broadcaster. She has presented on various BBC television series including Coast, Rough Science, The Nature of Britain and What the Ancients Did for Us as well as science series for BBC Radio 4 including The Secret Life of Reservoirs and The Good, the Bad and the Ugly. She has a PhD in geomorphology and is an Associate Lecturer with the Open University in Scotland.Douglas Palmer is a science writer specializing in fossil evolution and geology. He has written extensively on both subjects and in a number of published books and articles including most recently The Origins of Man and The Complete Earth. He was a senior lecturer and researcher in palaeontology in Trinity College, University of Dublin and currently teaches at the University of Cambridge Institute of Continuing Education and Robinson College.