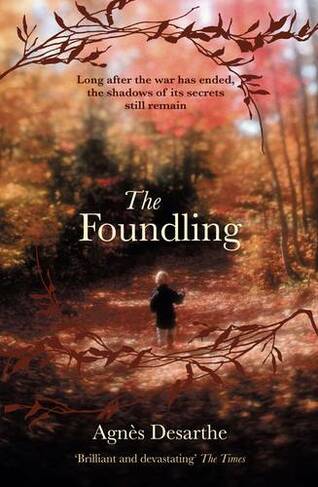 Jerome is a calm man - at least, that's what he'd always believed. But when his daughter's boyfriend dies in an accident, he is overwhelmed by unexpected grief. As he struggles to make sense of the loss and his own reaction to it, he finds himself assailed by emotions and memories he has allowed to lie dormant: the residual feelings for his ex-wife; a baffling new attraction to a stranger; a precarious friendship with a retired policeman; and, above all, unsettling questions about his own past and the family he never knew. In returning to the forests of his childhood and the darkest nights of the second world war, Jerome gradually, painfully begins to piece together the truth of his own origins and the tragedy that his adoptive parents tried to bury.

AGNES DESARTHE was born in Paris in 1966 and has written many books for children and teenagers, as well as adult fiction. She won the Prix du Livre Inter in 1996 for Un Secret Sans Importance and has had three previous novels translated into English: Five Photos of My Wife, which was short-listed for the Independent Foreign Fiction Prize and the Jewish Quarterly Fiction Prize, Good Intentions and Chez Moi (Portobello, 2008).