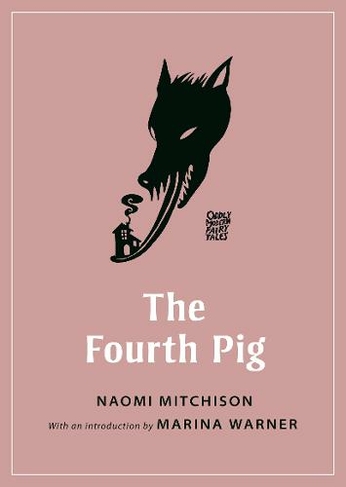 Also available on eBook for £12.95. Click here to purchase from Rakuten Kobo

An enchanting collection that introduces the author and activist Naomi Mitchison to a new generation of readers The Fourth Pig, originally published in 1936, is a wide-ranging collection of fairy tales, poems, and ballads that reflect the hopes and forebodings of their era but also resonate with those of today. From a retelling of "Hansel and Gretel" to the experimental title story, a dark departure from "The Three Little Pigs," this book is a testament to the talents of Naomi Mitchison (1897-1999), who was an irrepressible phenomenon-a prominent Scottish political activist as well as a prolific author. Mitchison's work, exemplified by the tales in this superb new edition, is stamped with her characteristic sharp wit, magical invention, and vivid political and social consciousness. Marina Warner, the celebrated scholar of myths and fairy tales and writer of fiction, provides an insightful introduction to Mitchison as a remarkable writer and personality. 2 b + w illus.

Marina Warner is a cultural historian and novelist who has published widely on fairy tales and myths in art, literature, and politics. Her books include From the Beast to the Blonde and Stranger Magic, winner of the 2012 National Book Critics Circle Award for Criticism and the Truman Capote Award. She is professor of English and creative writing at Birkbeck, University of London, and president of the Royal Society of Literature.