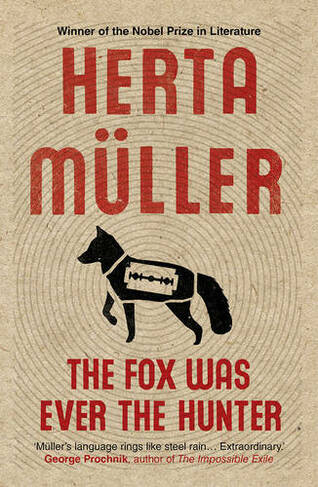 The Fox Was Ever the Hunter

Romania, the last months of the dictator's regime. Adina is a young schoolteacher. Paul is a musician. Clara, Adina's friend, works in a wire factory. Pavel is Clara's lover. But one of them works for the secret police and is reporting on the group. One day Adina returns home to discover that her fox fur rug has had its tail cut off. On another day, a hindleg. Then a foreleg. The mutilation is a sign that she is being tracked - the fox was ever the hunter. Images of photographic precision combine to form a kaleidoscope of reflections, deflections and deceit. Adina and her friends struggle to keep living in a world permeated with fear, where even the eyes of a cat seem complicit with the watchful eye of the state, and where it's hard to tell the victim apart from the perpetrator.

HERTA MUELLER was born as part of a German-speaking minority in Romania in 1953. She attended school and university in Timisoara. After refusing to work for the Romanian Secret Service, the Securitate, she lost her job as a translator in a machine factory. In 1987, she emigrated to Germany and has lived in Berlin ever since. She writes in German and has a string of literary prizes to her name, including the Aspekte Literature Prize (1984), the Kleist Prize (1994), the Prix Aristeion (1995), the Konrad Adenauer prize for literature (2004), the Nobel Prize in Literature (2009) and the Heinrich Boell Prize from the city of Cologne (2015).