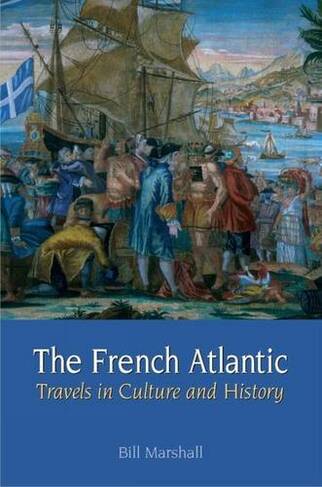 The French Atlantic: Travels in Culture and History (Contemporary French and Francophone Cultures 9)

By Bill Marshall (Author)
Paperback
https://www.whsmith.co.uk/products/the-french-atlantic-travels-in-culture-and-history-9/bill-marshall/paperback/9781846310515-01-000.html £19.95
GBP
Availability
Currently unavailable. We don't know when or if this item will be back in stock
Share

Recent history, notably the diplomatic fracas surrounding the Iraq war in 2003 and continued cultural nationalism on the part of French elites faced with the English language and American mass culture, has tended to put forth notions of 'France' and 'America' as antithetical. This book seeks to break these paradigms, and to speak of entwined cultures and histories, promoting diasporic notions of Frenchness. The French Atlantic: Travels in Culture and History, is an attempt to intervene in these debates and paradigms in the French and American public spheres, and in university disciplines, particularly in French studies, but also has relevance for American studies, comparative literature, film and cultural studies, history, Iberian and Latin-American Studies, and postcolonial studies. After a theoretical introduction, it explores the cultural history of seven different French Atlantic spaces, all the time attentive to the material determinants of their existence in the Atlantic world. Two are in metropolitan France, one is a French North Atlantic territory, one is in Quebec, one in the United States/northern Caribbean, one in the southern Caribbean/South America, and one in Latin America.