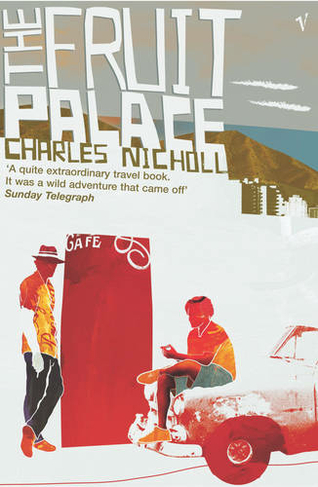 Charles Nicholl is on a quest for 'The Great Cocaine Story'. The time is the early eighties and the place - Colombia. The Fruit Palace is a little whitewashed cafe that legally dispenses tropical fruit juices, has another purpose as the meeting place for a variety of black market activities and the place where Nicholl unwittingly begins his quest. Nicholl relates his story with irrepressible energy and vividness as he careens from shantytowns and waterfront barrios to steamy jungle villages and slaughterhouses. He survives fever, earthquake, and discovery by a dealer who threatens to 'check his oil' with a knife. And he emerges with a triumphant piece of travel writing which is also a comic extravaganza.

Charles Nicholl has written two travel books, The Fruit Palace and Borderlines; a study of Elizabethan alchemy, The Chemical Theatre, and a biography of the pamphleteer Thomas Nashe, A Cup of News. He has also written a reconstruction of Sir Walter Ralegh's search for El Dorado, The Creature in the Map, and Somebody Else, which won the 1998 Hawthornden Prize. His work has appeared in Granta, Rolling Stone and the Independent.