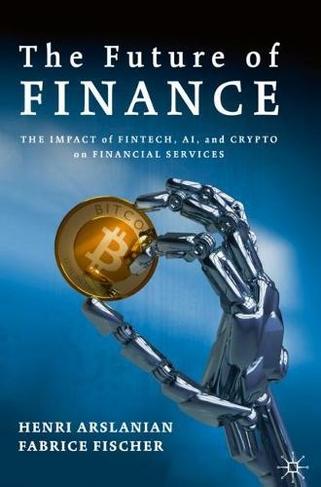 The Future of Finance The Impact of FinTech, AI, and Crypto on Financial Services 1st ed. 2019

This book, written jointly by an engineer and artificial intelligence expert along with a lawyer and banker, is a glimpse on what the future of the financial services will look like and the impact it will have on society. The first half of the book provides a detailed yet easy to understand educational and technical overview of FinTech, artificial intelligence and cryptocurrencies including the existing industry pain points and the new technological enablers. The second half provides a practical, concise and engaging overview of their latest trends and their impact on the future of the financial services industry including numerous use cases and practical examples. The book is a must read for any professional currently working in finance, any student studying the topic or anyone curious on how the future of finance will look like. 48 Illustrations, color; XXIII, 312 p. 48 illus. in color.

Henri Arslanian is the PwC FinTech & Crypto Leader for Asia, the Chairman of the FinTech Association of Hong Kong and an Adjunct Associate Professor at the University of Hong Kong where he teaches the first FinTech university course in Asia. A lawyer and banker by background, Henri is a TEDx speaker and a published author, and has delivered keynotes at some of the most prestigious conferences globally. Henri has been awarded many industry and academic awards over the years from being regularly named one of the Most Influential Individuals in FinTech in Asia to being awarded the Governor General of Canada Gold Medal for Academic Excellence.Henri was also recognized as one of the global LinkedIn Top Voices in Economy & Finance and is regularly featured in global media including Bloomberg, CNBC, CNN, The Wall Street Journal and the Financial Times.Fabrice Fischer is the Founder and CEO of blu, an Artificial Intelligence advisory firm specializing in disruptive innovation within the Financial Services industry. He is also a co-founder of the Insead Angels Asia and a Director of the Asia Transformation & Turnaround Association. Fabrice has spent over 20 years in Financial Services and IT in Asia, Europe and North America. Over the past six years as CFO of Sentient Technologies, he oversaw a period rapid growth, which has led to the company being one of the world's best funded AI outfits. He was also instrumental in the launch of Sentient Investment Management, Sentient's hedge fund, anchored on artificial intelligence to continually evolve and optimize its investment strategies.