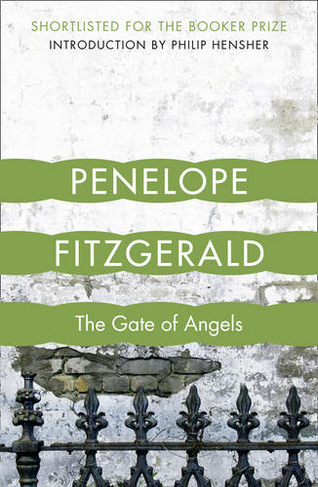 The Gate of Angels

Shortlisted for the Booker Prize. It is 1912, and at Cambridge University the modern age is knocking at the gate. Fred Fairly, a Junior Fellow at the college of St Angelicus, where for centuries no female, not even a pussy cat, has been allowed to set foot, lectures in physics. Science, he is certain, will explain everything. Until into Fred's orderly life come Daisy. Fred is smitten. Why have I met her? he wonders. How can I tell if she's quite what she seems? Fred is a scientist. To him the truth should be everything. But even scientists make mistakes.

Penelope Fitzgerald was one of the most elegant and distinctive voices in British fiction. Three of her novels, The Bookshop, The Beginning of Spring and The Gate of Angels have been shortlisted for the Booker Prize. She won the Prize in 1979 for Offshore. Her last novel, The Blue Flower, was the most admired novel of 1995, chosen no fewer than nineteen times in the press as the 'Book of the Year'. It won America's National Book Critics' Circle Award. She died in April 2000, at the age of eighty-three.