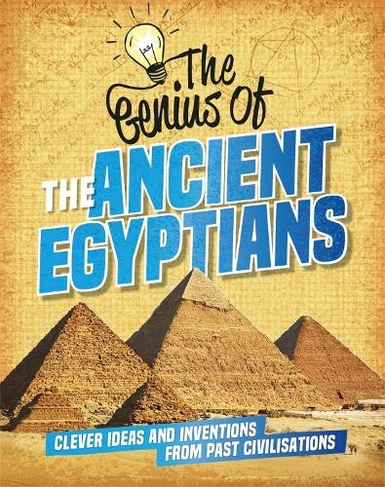 The Genius of: The Ancient Egyptians: Clever Ideas and Inventions from Past Civilisations (The Genius of)

By Sonya Newland (Author)
Paperback
https://www.whsmith.co.uk/products/the-genius-of-the-ancient-egyptians-clever-ideas-and-inventions-from-past-civilisations-the-genius-o/sonya-newland/paperback/9781445161204-12-000.html £8.27 rrp £8.99 Save £0.72 (8%)
GBP
Availability
In Stock
Free Delivery Available When You Spend £25 Or More
Details
Spend £25 On Eligible Products To Recieve Free Standard Delivery To You Home Or Free Next Working Day Click And Collect To Store
Share

Which genius ideas and inventions began with the ancient Egyptians? What did they develop that we use to this day? Find out how the ancient Egyptians built their temples and pyramids, irrigated and farmed their land, and took care of their people during life and after death. Discover their brilliant developments in farming, paper-making, time-keeping and medicine and how they have influenced the way we live today. The Genius Of series helps children aged 9 plus to explore the major discoveries, inventions, influence and legacies of key periods in history. Titles in the 8-book series look at the genius of: the ancient Egyptians, the ancient Greeks, the Anglo-Saxons, the Benin Kingdom, the Maya, the Romans, the Stone, Bronze and Iron Ages and the Vikings.

Sonya Newland is an experienced author of children's books. She specialises in geography.