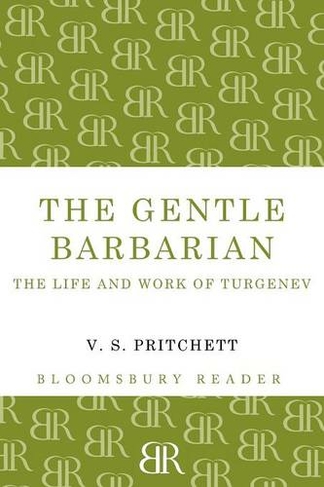 The Gentle Barbarian The Life and Work of Turgenev

'A gentle giant', as the Goncourts called him, Turgenev emerged from the barbarous yet doting rules of a terrible mother, whose cruelties to her serfs are at the heart of his hatred of serfdom. He was saturated in femininity and could not write unless he was in love. When he freed himself from his mother, he became enslaved by the famous Spanish singer, Pauline Viardot, married to a Frenchman. He was heir to vast estates, a convinced Westerner, proud to be both European and deeply Russian, and one of the most civilized men of his time. This is his story.

Victor Sawdon Pritchett (1900-1997) was born over a toyshop in 1900 and, much to his everlasting distaste, was named after Queen Victoria. A writer and critic, his is widely reputed to be one of the best short story writers of all time, with the rare ability to capture the extraordinary strangeness of everyday life. He died in 1997.