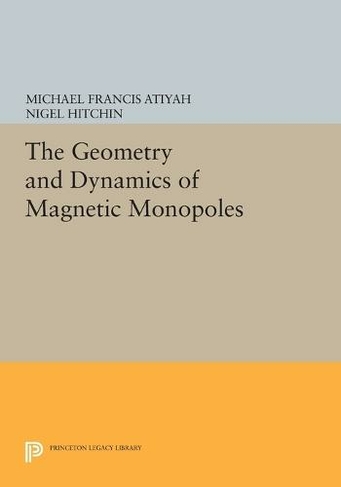 The Geometry and Dynamics of Magnetic Monopoles: (Princeton Legacy Library)

Systems governed by non-linear differential equations are of fundamental importance in all branches of science, but our understanding of them is still extremely limited. In this book a particular system, describing the interaction of magnetic monopoles, is investigated in detail. The use of new geometrical methods produces a reasonably clear picture of the dynamics for slowly moving monopoles. This picture clarifies the important notion of solitons, which has attracted much attention in recent years. The soliton idea bridges the gap between the concepts of "fields" and "particles," and is here explored in a fully three-dimensional context. While the background and motivation for the work comes from physics, the presentation is mathematical. This book is interdisciplinary and addresses concerns of theoretical physicists interested in elementary particles or general relativity and mathematicians working in analysis or geometry. The interaction between geometry and physics through non-linear partial differential equations is now at a very exciting stage, and the book is a contribution to this activity. Originally published in 1988. The Princeton Legacy Library uses the latest print-on-demand technology to again make available previously out-of-print books from the distinguished backlist of Princeton University Press. These editions preserve the original texts of these important books while presenting them in durable paperback and hardcover editions. The goal of the Princeton Legacy Library is to vastly increase access to the rich scholarly heritage found in the thousands of books published by Princeton University Press since its founding in 1905.