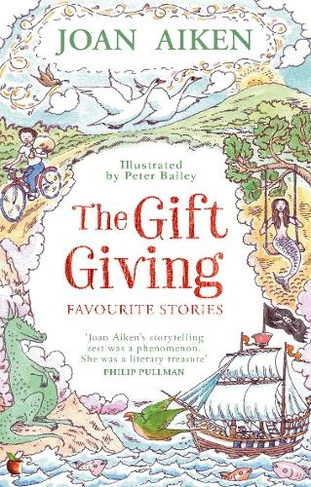 'Joan Aiken's invention seemed inexhaustible, her high spirits a blessing, her sheer storytelling zest a phenomenon. She was a literary treasure, and her books will continue to delight for many years to come' PHILLIP PULLMAN 'Favourite stories, like unexpected presents, are things that you can keep and cherish all your life, carry with you, in memory, in your mind's ear, and bring out, at any time, when you are feeling lonely, or need cheering up, or, like friends, just because you are fond of them.' Joan Aiken is justly famous for her Wolves of Willoughby Chase series, but her greatest love was for short stories, which she wrote prolifically throughout her long career From a princess turned into a pirate parrot to a procession of Father Christmases chased down Fifth Avenue by a rackety horse and cart; from the ghost of a crusader's dog, to a captured mermaid in a flying machine, there is something for everybody in this enthralling collection. These stories showcase Aiken's unique talents - the way she mixed magic and myth with humour to create a kind of modern fairytale. Her stories will appeal to readers of all ages for many years to come. WITH BEAUTIFUL ILLUSTRATIONS BY PETER BAILEY

Joan Aiken (1924-2004) was born in Rye, Sussex. She was the daughter of the American poet Conrad Aiken, and her step-father was English writer Martin Armstrong. Joan Aiken wrote over 100 books for young readers and adults and is recognised as one of the classic children's authors of the twentieth century.Her best-known books are The Wolves of Willoughby Chase chronicles and the Arabel's Raven series, but she is also famous for her brilliant short stories. Joan Aiken received the Edgar Allan Poe Award in the United States as well as the Guardian Award for Fiction. She was decorated with an MBE for her services to children's books.