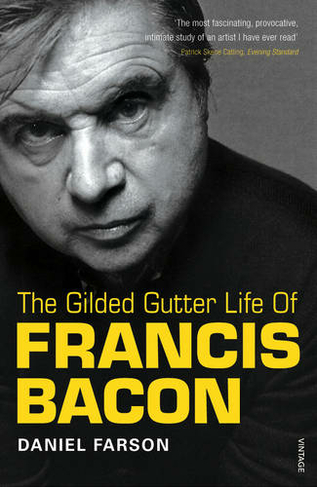 The Gilded Gutter Life Of Francis Bacon: The Authorized Biography

Widely regarded as the best British painter since Turner, very little is known about Francis Bacon's life. In this, the first-ever book to be written about him, Daniel Farson, friend and confidant to Bacon for over forty years, gives a highly personal, first-hand account of the man as he knew him. From his sexual adventures to his rise from obscurity to international fame, Farson gives us unique insight into Bacon's genius. 1

The son of the legendary American foreign correspondent, Negley Farson, Daniel became the youngest ever Parliamentary and Lobby Correspondent in the House of Commons aged 17. While working as a photographer for Picture Post, he drifted into Soho and at the age of 23 met Francis Bacon. He 'stumbled' into television in the early days of ITV becoming a leading interviewer with his own series. Then in 1964 on a sudden impulse, Daniel Farson abandoned television and Soho for the house left him by his parents in North Devon - 'in order to find out if I could write'. Subsequent books include his bestseller Jack the Ripper, The Man Who Wrote Dracula, a biography of his great-uncle Bram Stoker; the historical novel Swansdowne on convicts sent to Tasmania; books on Turkey; and several which combine his photographs with his reminicences: Soho in the Fifties; Sacred Monster; Escapades; Limehouse Days; Gilbert & George in Moscow.Daniel Farson died in 1997.