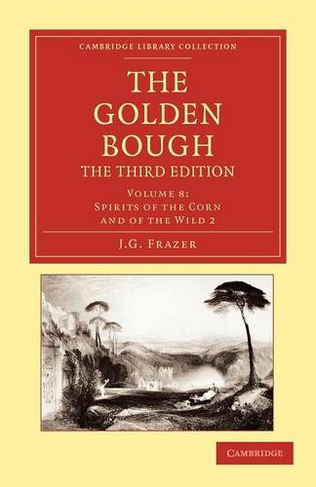 By James George Frazer (Author)
Paperback
https://www.whsmith.co.uk/products/the-golden-bough-volume-5-3rd-revised-edition/james-george-frazer/paperback/9781108047371-12-000.html £26.99
GBP
Availability
In Stock
With Free Standard Delivery To Your Home Or Store
Details
Spend £25 on eligible products to receive free standard delivery to home or free next working day click and collect to store
Share

This work by Sir James Frazer (1854-1941) is widely considered to be one of the most important early texts in the fields of psychology and anthropology. At the same time, by applying modern methods of comparative ethnography to the classical world, and revealing the superstition and irrationality beneath the surface of the classical culture which had for so long been a model for Western civilisation, it was extremely controversial. Frazer was greatly influenced by E. B. Tylor's Primitive Culture (also reissued in this series), and by the work of the biblical scholar William Robertson Smith, to whom the first edition is dedicated. The twelve-volume third edition, reissued here, was greatly revised and enlarged, and published between 1911 and 1915; the two-volume first edition (1890) is also available in this series. Volumes 7 and 8 (1912) discuss the relationship of human sacrifice to the fertility of crops. Worked examples or Exercises