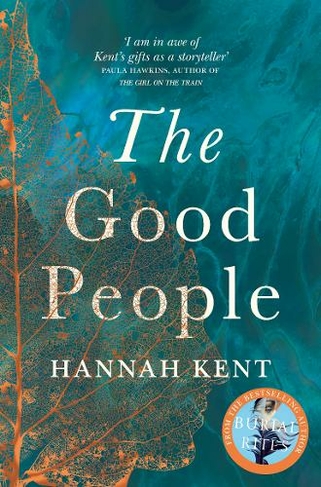 By Hannah Kent (Author)
Paperback
https://www.whsmith.co.uk/products/the-good-people/hannah-kent/paperback/9781447233367-12-000.html N/A
GBP
Availability
Currently unavailable. We dont know when or if this item will be back in stock
Free Saver Delivery on orders over £25
Details
FREE SHIPPING over £25 for Saver Delivery
Share

Shortlisted for the Walter Scott Prize. Based on true events and set in a lost world bound by its own laws, The Good People is Hannah Kent's startling novel about absolute belief and devoted love. Terrifying, thrilling and moving in equal measure, this long-awaited follow-up to Burial Rites shows an author at the height of her powers. County Kerry, Ireland, 1825. Nora, bereft after the sudden death of her beloved husband, finds herself alone and caring for her young grandson Micheal. Micheal cannot speak and cannot walk and Nora is desperate to know what is wrong with him. What happened to the healthy, happy grandson she met when her daughter was still alive? Mary arrives in the valley to help Nora just as the whispers are spreading: the stories of unexplained misfortunes, of illnesses, and the rumours that Micheal is a changeling child who is bringing bad luck to the valley. Nance's knowledge keeps her apart. To the new priest, she is a threat, but to the valley people she is a wanderer, a healer. Nance knows how to use the plants and berries of the woodland; she understands the magic in the old ways. And she might be able to help Micheal. As these three women are drawn together in the hope of restoring Micheal, their world of folklore and belief, of ritual and stories, tightens around them. It will lead them down a dangerous path, and force them to question everything they have ever known.

Hannah Kent was born in Adelaide in 1985. Her first novel, Burial Rites, has been translated into nearly thirty languages and was shortlisted for the Baileys Women's Prize for Fiction (formerly the Orange Prize), the Guardian First Book Award and the International IMPAC Dublin Literary Award. In Australia it won the ABIA Literary Fiction Book of the Year, the Indie Awards Debut Fiction Book of the Year and the Victorian Premier's People's Choice Award, amongst others. Hannah is also the co-founder and publishing director of Australian literary journal Kill Your Darlings. The Good People is her second novel.

The Good People
The Good People
Hannah Kent
Paperback
Currently unavailable. We dont know when or if this item will be back in stock
https://www.whsmith.co.uk/products/the-good-people/hannah-kent/paperback/9781447233367.html N/A
GBP