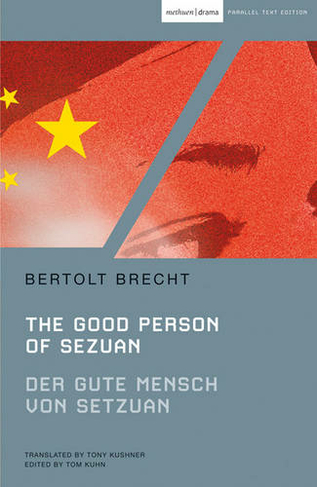 'Brecht's dark, dazzling world-view...makes an absolutely devastating impact. The play is fuelled by the brilliant perception that everyone requires such a dual or split personality to survive.' Evening Standard Brecht's parable of good and evil was first performed in 1943 and remains one of his most popular and frequently produced plays worldwide. This unique bilingual edition allows students to compare the original German text with a translation by one of the world's leading playwrights, Tony Kushner. Three gods come to earth hoping to discover one really good person. No one can be found until they meet Shen Te, a prostitute with a heart of gold. Rewarded by the gods, she gives up her profession and buys a tabacco shop but finds it is impossible to survive as a good person in a corrupt world without the support of her ruthless alter ego Shui Ta. The English translation by Pulitzer Prize-winning playwright Tony Kushner is original and accessible. Contemporary, lively language makes it the perfect English version to elucidate and compare with the original text. This edition also includes a critical introduction and commentary notes on particular words and phrases.

Bertolt Brecht (1898-1956) is acknowledged as one of the great dramatists whose work has had a considerable influence on the theatre. His landmark plays include The Threepenny Opera, The Life of Galileo, and The Caucasian Chalk Circle. Translator, Tony Kushner, is best known for his two-part epic, Angels in America: A Gay Fantasia on National Themes and he has since emerged as one of America's most gifted playwrights. He is the recipient of a Pulitzer Prize for Drama, an Emmy Award, two Tony Awards, three Obie Awards, an Oscar nomination among many others.