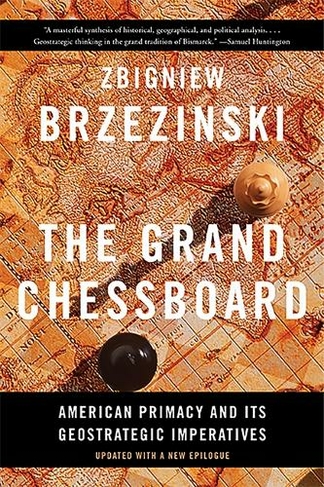 In The Grand Chessboard , renowned geostrategist Zbigniew Brzezinski delivers a brutally honest and provocative vision for American preeminence in the twenty-first century. The task facing the United States, he argues, is to become the sole political arbiter in Eurasian lands and to prevent the emergence of any rival power threatening our material and diplomatic interests. The Eurasian landmass, home to the greatest part of the globe's population, natural resources, and economic activity, is the grand chessboard" on which America's supremacy will be ratified and challenged in the years to come. In this landmark work of public policy and political science, Brzezinski outlines a ground-breaking and powerful blueprint for America's vital interests in the modern world. In a revised edition with a new epilogue, Brzezinski brings his seminal work up to date with commentary on the latest global developments, including the war in Ukraine, the re-emergence of Russia, and the rise of China.

Zbigniew Brzezinski, formerly President Jimmy Carter's National Security Advisor, is a counselor and trustee at the centre for Strategic and International Studies and a professor of American foreign policy at Johns Hopkins University. He is the author of New York Times bestseller Second Chance: Three Presidents and the Crisis of American Superpower among many other books.