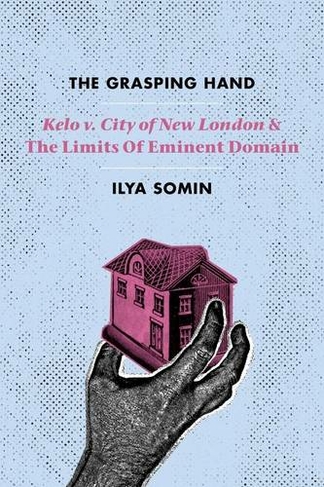 On June 23, 2005, the Supreme Court ruled that the city of New London, Connecticut, could condemn fifteen residential properties in the Fort Trumbull area and transfer them to a new private owner. The use of eminent domain to take private property for public works is generally considered a permissible "public use" under the Fifth Amendment. In New London, however, the land was condemned to promote private "economic development." Ilya Somin argues that Kelo represents a serious - and dangerous-error. Not only are economic development and closely related blight condemnations unconstitutional under most theories of legal interpretation, they also tend to victimize the poor and the politically weak, and to destroy more economic value than they create. Kelo exemplifies these patterns: the neighbors who chose to fight their evictions had little political power, while the influential Pfizer Corporation played an important role in persuading officials to proceed with the project. In the end, the poorly conceived development plan failed: the condemned land lies empty to this day. A notably unpopular verdict, Kelo triggered an unprecedented political backlash, with forty-five states passing new laws intended to limit the use of eminent domain. But many of the new state laws turned out to impose few or no genuine constraints. The Kelo backlash led to significant progress, but not nearly as much as it would first appear. Despite its outcome, the closely divided ruling in Kelo shattered what many believed to be a consensus that virtually any condemnation qualifies as a public use. With controversy over this issue sure to continue, The Grasping Hand offers an analysis of the case alongside a history of the meaning of public use and the use of eminent domain and an evaluation of options for reform. 6 halftones, 1 line drawing, 10 tables

Ilya Somin is professor of law at the George Mason University School of Law. He is the author of Democracy and Political Ignorance: Why Smaller Government is Smarter and writes regularly for the popular Volokh Conspiracy blog.