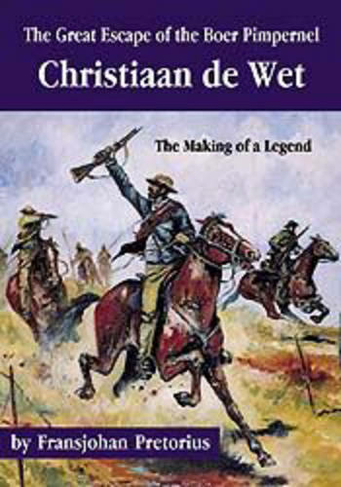 The Great Escape of the Boer Pimpernel: Christiaan De Wet - the Making of a Legend

Christiaan De Wet, commander of the Boer forces in the Anglo-Boer War, had the ability to lead his burghers, many of them individualists, with a strong hand, subjecting them to his stringent discipline. He was also a masterful strategist who could anticipate the moves of his opponents. But it was his ability to evade the British forces in what became known as the "First De Wet Hunt" that contributed significantly to his legendary status. Lord Roberts, Commander-in-Chief of the British forces in South Africa, believed that the capture of De Wet would lead to the end of the Anglo-Boer War. When De Wet slipped over Slabberts Nek on July 15, 1900, breaking through Lieutenant General Sir Archibald Hunter's cordon and taking with him 2,000 Free Staters, including President Steyn and the government of the Orange Free State, Roberts organized a massive pursuit. From all sides British columns entered the chase. However, from July to August, 1900, De Wet, along with 2,500 men, managed to evade the elaborate net Lord Roberts had so carefully prepared to ensnare him. In so doing, the "Boer Pimpernel" ran rings around 50,000 British troops. Significantly, De Wet's successful evasion of the British ultimately led to the adoption of guerilla tactics by the Boers. This compelling story of a watershed event in the course of the war and the colorful personality of the man behind it is masterfully told, and brings an important personal dimension to the history of the Anglo-Boer War. photographs, drawings, maps