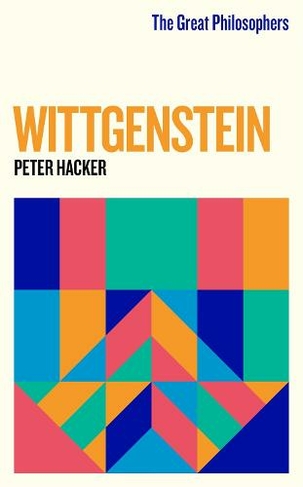 'Nothing is so difficult as not deceiving oneself' Wittgenstein Wittgenstein overturned centuries of philosophical reflection on the nature of 'the inner', of our subjective experience and of our knowledge of self and others. Traditional conceptions of 'the outer', of human behaviour, were equally distorted and so too was the relation between the inner and the outer. This highly accessible account offers an illuminating introduction to Wittgenstein's philosophy of mind and to his conception of philosophy, showing how Wittgenstein's examination of our use of words clarifies our notions of mind, body and behaviour. W&N NON-FICTION PHILOSOPHY UK GBP3.99

Peter Hacker is the leading authority on the philosophy of Wittgenstein. He is Emeritus Fellow at St John's College, Oxford University, where he was a Tutorial Fellow in philosophy from 1966 to 2006 and he holds an honorary professorship at the Institute of Neurology, University College, London. He has held visiting chairs in North America and both British Academy and Leverhulme Senior Research Fellowships. He is the author of twenty four books and over 160 papers, and has written extensively on the philosophy of Wittgenstein, the history of analytic philosophy, philosophy of language, philosophy of mind, cognitive neuroscience, and has recently completed a tetralogy on human nature.