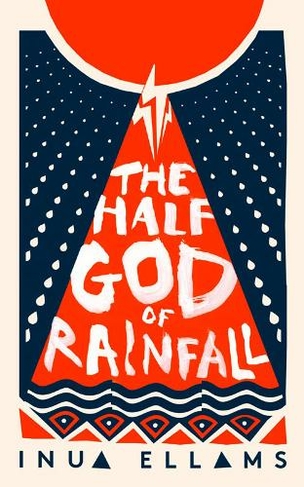 The Half-God of Rainfall

By Inua Ellams (Author)
Hardback
https://www.whsmith.co.uk/products/the-halfgod-of-rainfall/inua-ellams/hardback/9780008324773-12-000.html £8.20 rrp £10.00 Save £1.80 (18%)
GBP
Availability
In Stock
Free Delivery Available When You Spend £15 Or More
Details
Spend £15 On Eligible Products To Recieve Free Standard Delivery To You Home Or Free Next Working Day Click And Collect To Store
Share

From the award-winning poet and playwright behind Barber Shop Chronicles, The Half-God of Rainfall is an epic story and a lyrical exploration of pride, power and female revenge. There is something about Demi. When this boy is angry, rain clouds gather. When he cries, rivers burst their banks and the first time he takes a shot on a basketball court, the deities of the land take note. His mother, Modupe, looks on with a mixture of pride and worry. From close encounters, she knows Gods often act like men: the same fragile egos, the same unpredictable fury and the same sense of entitlement to the bodies of mortals. She will sacrifice everything to protect her son, but she knows the Gods will one day tire of sports fans, their fickle allegiances and misdirected prayers. When that moment comes, it won't matter how special he is. Only the women in Demi's life, the mothers, daughters and Goddesses, will stand between him and a lightning bolt.

Born in Nigeria in 1984, Inua Ellams is an internationally touring poet, playwright, performer, graphic artist & designer. He is an ambassador for the Ministry of Stories and has published four books of poetry: Candy Coated Unicorns and Converse All Stars, Thirteen Fairy Negro Tales,The Wire-Headed Heathen and #Afterhours. His first play The 14th Tale was awarded a Fringe First at the Edinburgh International Theatre Festival and his fourth Barber Shop Chronicles sold two runs at England's National Theatre. He is currently adapting several plays for film and television. In graphic art & design, online and in print, he tries to mix the old with the new, juxtaposing texture and pigment with flat shades of colour and vector images. He lives and works from London, where he founded the Midnight Run, a nocturnal urban excursion. He is a Fellow of the Royal Society of Literature.