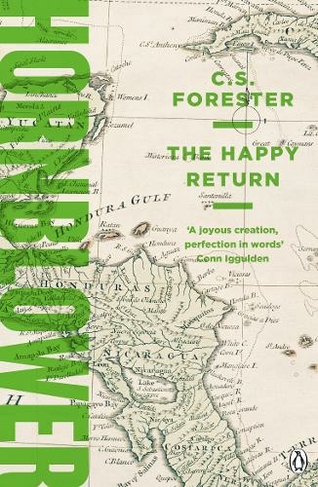 A Horatio Hornblower Tale of the Sea June, 1808 - and off the Coast of Nicaragua Captain Horatio Hornblower has his hands full . . . Now in command of HMS Lydia, a thirty-six-gun frigate, Hornblower has instructions to form an alliance against the Spanish colonies with a mad and messianic revolutionary, El Supremo; to find a water route across the Central American isthmus; and 'to take, sink, burn or destroy' the fifty-gun Spanish ship of the line Natividad - or face court-martial. And as if he did not have enough trouble, Hornblower must also contend with the beguiling charms of an unwanted passenger: Lady Barbara Wellesley . . . This is the fifth of eleven books chronicling the adventures of C. S. Forester's inimitable nautical hero, Horatio Hornblower. 'I find Hornblower admirable, vastly entertaining' Sir Winston Churchill

C. S. Forester was born in Cairo in 1899, where his father was stationed as a government official. He studied medicine at Guy's Hospital, and after leaving Guy's without a degree he turned to writing as a career. On the outbreak of war he entered the Ministry of Information and later he sailed with the Royal Navy to collect material for The Ship. He made a voyage to the Bering Sea to gather material for a similar book on the United States Navy, and it was during this trip that he was stricken with arteriosclerosis, a disease which left him crippled. However, he continued to write and in the Hornblower novels created the most renowned sailor in contemporary fiction. He died in 1966.