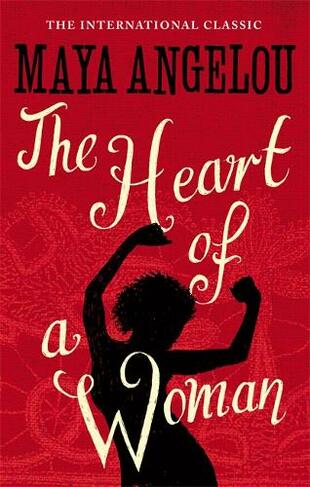 The Heart Of A Woman

By Maya Angelou (Author)
Paperback
£8.19 rrp £9.99 Save £1.80 (18%)
GBP
Availability
In Stock
Free Delivery Available When You Spend £15 Or More
Details
Spend £15 On Products To Receive Free Standard Delivery To Your Home Or Free Next Day Click and Collect To Stores
Share

From the beloved and bestselling author of I KNOW WHY THE CAGED BIRD SINGS, this memoir chronicles Maya Angelou's involvement with the civil rights movement. 'A brilliant writer, a fierce friend and a truly phenomenal woman' BARACK OBAMA Maya Angelou's seven volumes of autobiography are a testament to the talents and resilience of this extraordinary writer. Loving the world, she also knows its cruelty. As a black woman she has known discrimination and extreme poverty, but also hope, joy, achievement and celebration. The fourth volume of her enthralling autobiography finds Maya Angelou immersed in the world of black writers and artists in Harlem, working in the civil rights movement with Martin Luther King. 'She moved through the world with unshakeable calm, confidence and a fierce grace . . . She will always be the rainbow in my clouds' OPRAH WINFREY 'She was important in so many ways. She launched African American women writing in the United States. She was generous to a fault. She had nineteen talents - used ten. And was a real original. There is no duplicate' TONI MORRISON

Dr Maya Angelou was one of the world's most important writers and activists. Born 4 April 1928, she lived and chronicled an extraordinary life: rising from poverty, violence and racism, she became a renowned author, poet, playwright, civil rights' activist - working with Malcolm X and Martin Luther King - and memoirist. She wrote and performed a poem, 'On the Pulse of Morning', for President Clinton on his inauguration; she was given the Presidential Medal of Freedom by President Obama and was honoured by more than seventy universities throughout the world.She first thrilled the world with I Know Why the Caged Bird Sings (1969). This was followed by six volumes of autobiography, the seventh and final volume, Mom & Me & Mom, published in 2013. She wrote three collections of essays; many volumes of poetry, including His Day is Done, a tribute to Nelson Mandela; and two cookbooks. She had a lifetime appointment as Reynolds Professor of American Studies at Wake Forest University of North Carolina. Dr Angelou died on 28 May 2014.