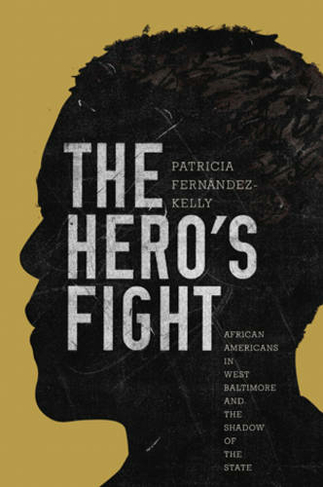 Baltimore was once a vibrant manufacturing town, but today, with factory closings and steady job loss since the 1970s, it is home to some of the most impoverished neighborhoods in America. The Hero's Fight provides an intimate look at the effects of deindustrialization on the lives of Baltimore's urban poor, and sheds critical light on the unintended consequences of welfare policy on our most vulnerable communities. Drawing on her own uniquely immersive brand of fieldwork, conducted over the course of a decade in the neighborhoods of West Baltimore, Patricia Fernandez-Kelly tells the stories of people like D. B. Wilson, Big Floyd, Towanda, and others whom the American welfare state treats with a mixture of contempt and pity--what Fernandez-Kelly calls "ambivalent benevolence." She shows how growing up poor in the richest nation in the world involves daily interactions with agents of the state, an experience that differs significantly from that of more affluent populations. While ordinary Americans are treated as citizens and consumers, deprived and racially segregated populations are seen as objects of surveillance, containment, and punishment. Fernandez-Kelly provides new insights into such topics as globalization and its effects on industrial decline and employment, the changing meanings of masculinity and femininity among the poor, social and cultural capital in poor neighborhoods, and the unique roles played by religion and entrepreneurship in destitute communities. Blending compelling portraits with in-depth scholarly analysis, The Hero's Fight explores how the welfare state contributes to the perpetuation of urban poverty in America. 11 line illus. 2 tables.

Patricia Fernandez-Kelly is senior lecturer in sociology at Princeton University. Her books include For We Are Sold, I and My People: Women and Industry in Mexico's Frontier. She coproduced the Emmy Award-winning documentary The Global Assembly Line.