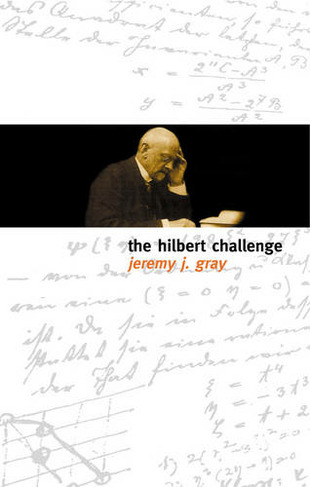 David Hilbert was arguably the leading mathematician of his generation. He was among the few mathematicians who could reshape mathematics, and was able to because he brought together an impressive technical power and mastery of detail with a vision of where the subject was going and how it should get there. This was the unique combination which he brought to the setting of his famous 23 Problems. Few problems in mathematics have the status of those posed by David Hilbert in 1900. Mathematicians have made their reputations by solving individual ones such as Fermat's last theorem, and several remain unsolved including the Riemann hypotheses, which has eluded all the great minds of this century. A hundred years on, it is timely to take a fresh look at the problems, the man who set them, and the reasons for their lasting impact on the mathematics of the twentieth century. In this fascinating new book, Jeremy Gray and David Rowe consider what has made this the pre-eminent collection of problems in mathematics, what they tell us about what drives mathematicians, and the nature of reputation, influence and power in the world of modern mathematics. The book is written in a clear and lively manner and will appeal both to the general reader with an interest in mathematics and to mathematicians themselves. numerous line figures

Jeremy Gray is Senior Lecturer in Mathematics at the Open University. His research interests lie in the history of the mathematics of the 19th and 20th centuries, and in the philosophy and social significance of mathematics. He is the author or editor of nine books, most recently The Symbolic Universe: Geometry and Physics 1890-1930 (OUP 1999).