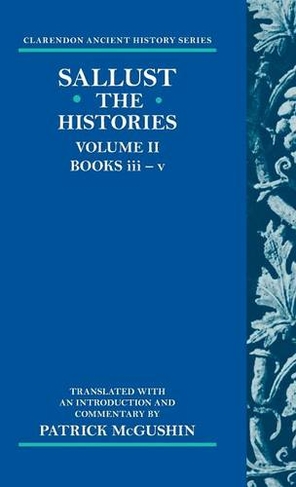 The period covered by Sallust's Histories - 78-67 BC - forms part of the less well-documented eras of the late Republic. Sallust's contribution, despite its fragmentary transmission (about five hundred fragments of narrative, four speeches, and two letters preserved intact), remains of major importance to ancient historians. For nearly a century, scholars have consulted the edition of B. Maurenbrecher (1891-3) - a work, for its time, of considerable merit. Continuing research on the period has produced material with a bearing on the interpretation of the text; in addition, several fragments not known to Maurenbrecher have subsequently been discovered. For this new translation, Dr McGushin has freshly revised Maurenbrecher's placement and ordering of the fragments, and incorporated this newly discovered material. Together with a comprehensive introduction, he also provides a detailed interpretation in the first ever full-length commentary on the work.