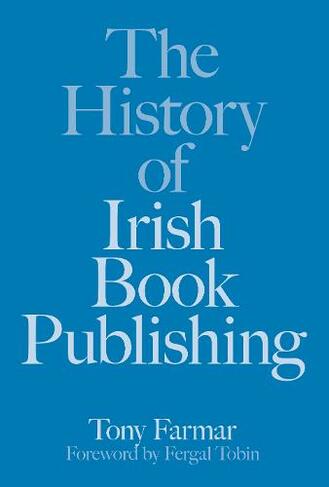 The History of Irish Book Publishing

In this seminal work, publisher and author Tony Farmar places the development of Irish publishing in its social and economic context, exploring how the mechanics of the industry, alongside the changing structure of Irish bookselling, have underpinned developments in the trade. 8 Plates, black and white; 16 Illustrations, black and white

Tony Farmar (1946-2017) trained in book production with Macmillan UK, after taking a law degree at Oxford. From 1977 he worked in the Irish publishing business, from 1992 as a principal in A. & A. Farmar. During that time he wrote extensively on Irish business and social history, and was a regular contributor to The Bookseller and Books Ireland. He was President of Cle - the Irish Book Publishers' Association - from 2005 to 2006 and Chair of the Irish Copyright Licensing Agency from 2006 to 2010. Conor Kostick is an award-winning historian and novelist living in Dublin. Former chair of the Irish Writers Union and the Irish Copyright Licensing Agency, he currently sits on the board of the National Library of Ireland and the advisory board of National Braille Production. He is commissioning editor for Level Up, an imprint of Ockham Publishing