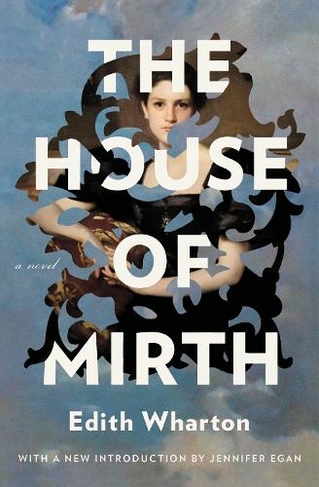 The House of Mirth: (Reissue)

A bestseller when it was published nearly a century ago, this literary classic established Edith Wharton as one of the most important American writers in the twentieth century-now with a new introduction from Pulitzer Prize-winning author Jennifer Egan. Wharton's first literary success-a devastatingly accurate portrait of New York's aristocracy at the turn of the century-is considered by many to be her most important novel, and Lily Bart, her most unforgettable character. Impoverished but well-born, the beautiful and beguiling Lily realizes a secure future depends on her acquiring a wealthy husband. But with her romantic indiscretion, gambling debts, and a maelstrom of social disasters, Lily's ill-fated attempt to rise to the heights of society ultimately leads to her downfall. From the conventionality of old New York to the forced society of the French Riviera, Wharton weaves a brilliantly satiric yet sensitive exploration of manners and morality. The House of Mirth reveals Wharton's unparalleled gifts as a storyteller and her clear-eyed observations of the savagery beneath the well-bred surface of high society.

Edith Wharton (1862-1937) was an American novelist-the first woman to win a Pulitzer Prize for her novel The Age of Innocence in 1921-as well as a short story writer, playwright, designer, reporter, and poet. Born into one of New York's elite families, she drew upon her knowledge of upper class aristocracy to realistically portray the lives and morals of the Gilded Age.Jennifer Egan is the author of six previous books of fiction: Manhattan Beach, winner of the Andrew Carnegie Medal for Excellend in Fiction; A Visit from the Goon Squad, which won the Pulitzer Prize and the National Book Critics Circle Award; The Keep; the story collection Emerald City; Look at Me, a National Book Award Finalist; and The Invisible Circus. Her work has appeared in The New Yorker, Harper's Magazine, Granta, McSweeney's, and The New York Times Magazine. Her website is JenniferEgan.com.