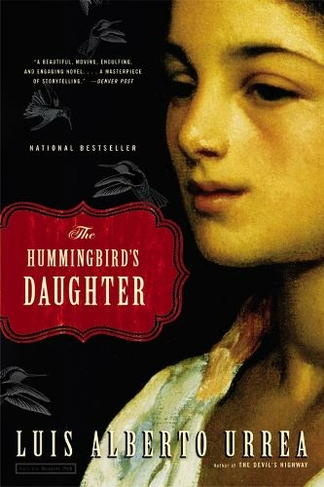 The prizewinning writer Luis Alberto Urrea's long-awaited novel is an epic mystical drama of a young woman's sudden sainthood in late 19th-century Mexico.It is 1889, and civil war is brewing in Mexico. A 16-year-old girl, Teresita, illegitimate but beloved daughter of the wealthy and powerful rancher Don Tomas Urrea, wakes from the strangest dream--a dream that she has died. Only it was not a dream. This passionate and rebellious young woman has arisen from death with a power to heal--but it will take all her faith to endure the trials that await her and her family now that she has become the Saint of Cabora.THE HUMMINGBIRD?S DAUGHTER is a vast, hugely satisfying novel of love and loss, joy and pain. Two decades in the writing, this is the masterpiece that Luis Alberto Urrea has been building up to.

Luis Alberto Urrea is the author of The Devil's Highway, winner of a Lannan Literary Award; Across the Wire, winner of the Christopher Award and the highly acclaimed The Hummingbird's Daughter. He has also received an American Book Award, a Western States Book Award and a Colorado Book Award and he has been inducted into the Latino Literary Hall of Fame.