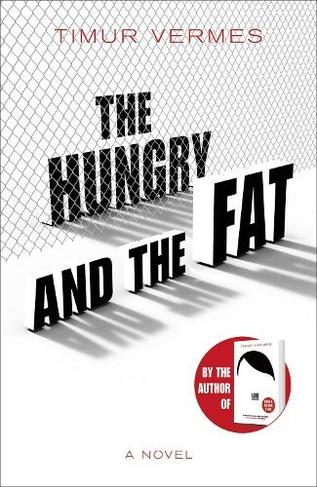 The Hungry and the Fat: A bold new satire by the author of LOOK WHO'S BACK

By the author of LOOK WHO'S BACK, a radical and bold satire in inequitable times. "Whizz-bang energy and gleeful imaginative savagery" Sam Leith, Guardian "More than mere satire, it's a book that engages deeply" Alex Preston, Financial Times "An immensely enjoyable read" Daniel Hahn, Spectator "A caustic, clever satire with a powerful emotional core" Becky Long, Irish Times "Satirical, sharp, believable . . . Brilliant" Rick O'Shea, RTE REFUGEE CAMPS IN AFRICA ARE SWELLING And Europe has closed its borders. The refugees have no future, no hope, and no money to pay the vast sums now demanded by people smugglers. The only thing they have is time. AND THEN AN ANGEL ARRIVES FROM REALITY T.V. When model and star presenter Nadeche Hackenbusch comes to film at the largest of the camps, one young refugee sees a unique opportunity: to organise a march to Europe, in full view of the media. Viewers are gripped as the vast convoy moves closer, but the far right in Germany is regrouping and the government is at a loss. Which country will halt the refugees in their tracks? THE HUNGRY AND THE FAT A devastating, close-to-the-knuckle satire about the haves and have-nots in our divided world by one of Europe's finest and most perceptive writers. Translated from the German by Jamie Bulloch

The son of a German mother and a Hungarian father who fled the country in 1956, Timur Vermes was born in Nuremberg in 1967. He studied history and politics and went on to become a journalist. He has written for the Abendzeitung and the Cologne Express and worked for various magazines. He has ghostwritten several books since 2007. Look Who's Back has sold more than 250,000 copies in its English editions, and rights were sold to 35 territories.