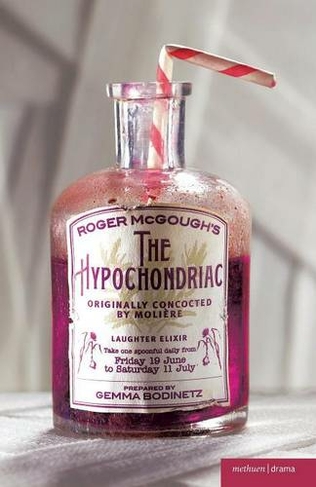 First produced in 1673 and Moliere's final play, The Hypochondriac is a scathingly funny lampoon on both hypochondria and the 'quack' medical profession. Argan is a perfectly healthy, wealthy gentleman, convinced that he is seriously ill. So obsessed is he with medicinal tinkerings and tonics that he is blind to the goings on in his own household. However, his most efficacious cure will not appear in a bottle or a bedpan, but in his sharp-tongued servant, who has a cunning plan to reveal the truth and open her master's eyes. Adapted by Roger McGough The Hypochondriac was produced by the Liverpool Everyman and Playhouse and English Touring Theatre and premiered on 19 June 2009. Illustrations

Moliere (1622-73) is known as the greatest French writer of comedy. His plays include The Misanthrope, Tartuffe, and The School for Wives, all available in an omnibus edition from Methuen Drama. Award-winning poet, playwright and children's author Roger McGough made his name as one of the 'Liverpool Poets' with Adrian Henri and Brian Patten. He is a National Curriculum recommended poet for secondary English.