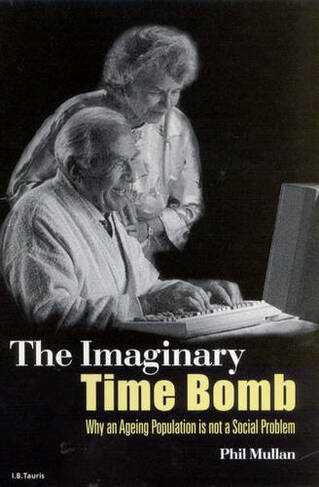 Modern economies are faced with a time bomb ticking inexorably and portending economic disaster attended by political and social chaos. Economic slowdown in advanced industrialized countries will be caused by an ageing population. There will be a marked absence of the "feelgood factor", and there will be a downward economic spiral. This book discusses what will happen when the "baby boom" generation reach their sixties and seventies. It is often suggested that there will be slower growth rates, higher taxes, and inter-generational conflict. Phil Mullan turns these popular arguments on their head: the growing preoccupation with ageing has nothing to do with demography in itself and should be seen as a scapegoat for changes in economy and society, and as a compelling pretext for reducing the role of the state in the economy. Demonstrating that the problem of ageing is used as an anti-state and anti-welfare argument, Mullan demolishes a succession of myths about the ageing time bomb. The key practical argument is that society has coped with the ageing time bomb several times in the past and can do so again. The fundamental determinant is the scale of productive activity and, historically, modern societies double their wealth every 25 years. Ageing populations do not hinder economic growth - the dynamic of economic growth is determined by social factors upon which demographic trends have no influence. illustrations

Phil Mullan is an Economist specializing in Development Studies and Demography and Inter-Generational Attitudes.