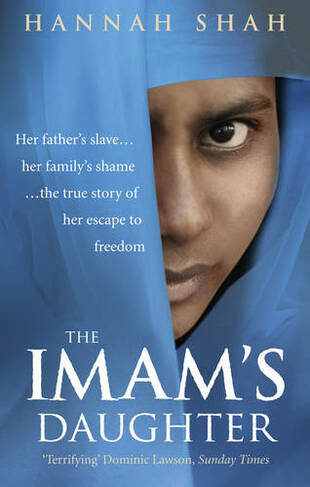 Hannah Shah is an Imam's daughter. She lived the life of a Muslim but, for many years, her father abused her in the cellar of their home. At 16 she discovered a plan to send her to Pakistan for an arranged marriage, and she ran away. Hunted by her angry father and brothers, who were determined to make her an honour killing, she had to keep moving house to escape them. Then, worst of all, in her family's eyes, she became a Christian. Some Muslims say converting from Islam is punishable by death...One day a mob of forty men came after her, armed with hammers, sticks and knives...with her father at the front... The Imam's Daughter is Hannah's gripping - but ultimately inspiring - true story. How, through her courage and determination, she broke free from her background and found a new life beyond its confines - a new life of freedom and love.

Hannah Shah is a 32-year-old British woman of Pakistani Muslim parentage. After she left her home in the north of England, and finished her schooling, she took a degree in Theology and Religious Studies and now lives in the south of England. Since first speaking out to the British press (eg Today Programme 'The daughter of a British imam is still living in fear of her life 16 years after her conversion to Christianity') she is increasingly in demand to give talks and support others facing similar situations. She married for love in 2008.