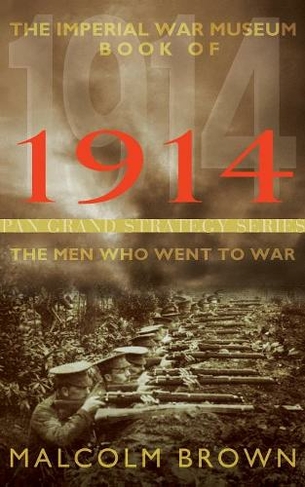 The Imperial War Museum Book of 1914

'The sky was lit by burning villages and houses . . . Rivers and seas of flame leaping up hundreds of feet, crowned by black smoke that covered the entire heaven. It lit up houses wrecked by shells, dead horses, demolished railway stations, engines that had been taken up with their lines and signals, and all twisted round and pulled up, as a bad child spoils a toy. And there we joined the refugees, with all their goods on barrows and carts, in a double line moving forwards about a hundred yards an hour, white and drawn and beyond emotion.' In 1914 the summer peace was shattered by an assassination in the Balkans and, within weeks, a continent was engulfed in war. Eager volunteers rushed to enlist. All the nations involved felt the righteousness of their cause, and everybody believed the fighting would be over in weeks. The reality was very different. War that seemed glorious in August had become hellish by September. British soldiers sent across the Channel found the roads clogged by desolate crowds of French and Belgian refugees, their lives destroyed. The suffering caused by the siege of Antwerp, the gruelling battles of Mons and Ypres, even the fragile Christmas Truce, brought home the awful reality of war. Using new letters and diaries from the archives of the Imperial War Museum, Malcolm Brown skilfully recreates this pivotal year through the moving experiences of men and women who felt the war first-hand, vividly capturing the brutal reality of war as well as moments of great humanity.

Malcolm Brown is a distinguished military historian whose previous books with the Imperial War Museum include The Western Front, The Somme, The First World War and 1918.