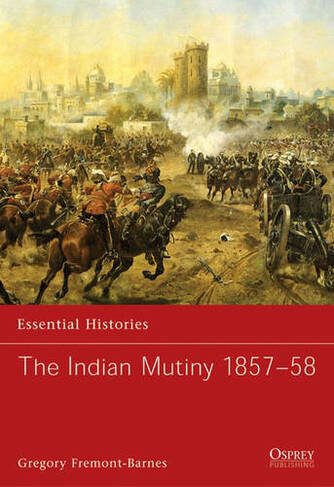 In the mid-19th century, India was the focus of Britain's international prestige and commercial power - the most important colony in an empire which extended to every continent on the globe and protected by the seemingly dependable native armies of the East India Company. When, however, in 1857 discontent exploded into open rebellion, Britain was obliged to field its largest army in forty years to defend its 'jewel in the crown'. This book, drawing on the latest sources as well as numerous first-hand accounts, explains why the sepoy armies rose up against the world's leading imperial power, details the major phases of the fighting, including the massacres at Cawnpore and the epic sieges of Delhi and Lucknow, and examines many other aspects of this compelling, at times horrifying, subject. Illustrations (some col.)