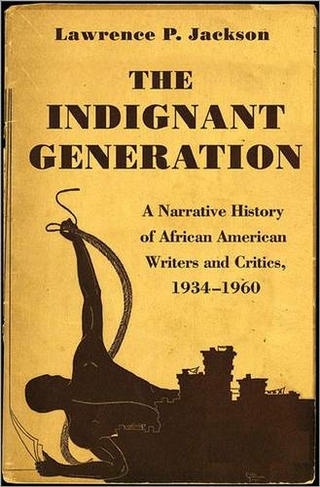 The Indignant Generation A Narrative History of African American Writers and Critics, 1934-1960

"The Indignant Generation" is the first narrative history of the neglected but essential period of African American literature between the Harlem Renaissance and the civil rights era. The years between these two indispensable epochs saw the communal rise of Richard Wright, Gwendolyn Brooks, Ralph Ellison, Lorraine Hansberry, James Baldwin, and many other influential black writers. While these individuals have been duly celebrated, little attention has been paid to the political and artistic milieu in which they produced their greatest works. With this commanding study, Lawrence Jackson recalls the lost history of a crucial era. Looking at the tumultuous decades surrounding World War II, Jackson restores the 'indignant' quality to a generation of African American writers shaped by Jim Crow segregation, the Great Depression, the growth of American communism, and an international wave of decolonization. He also reveals how artistic collectives in New York, Chicago, and Washington fostered a sense of destiny and belonging among diverse and disenchanted peoples. As Jackson shows through contemporary documents, the years that brought us "Their Eyes Were Watching God," "Native Son," and "Invisible Man" also saw the rise of African American literary criticism - by both black and white critics. Fully exploring the cadre of key African American writers who triumphed in spite of segregation, "The Indignant Generation" paints a vivid portrait of American intellectual and artistic life in the mid-twentieth century. 60 halftones.

Lawrence P. Jackson is professor of African American studies and English at Emory University. He is the author of "Ralph Ellison: Emergence of Genius" and "My Father's Name: A Black Virginia Family after the Civil War".