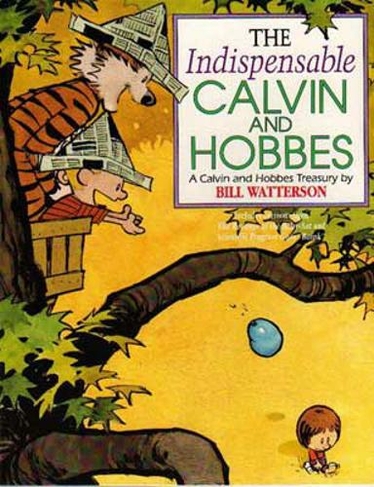 This omnibus edition includes Revenge of the Baby-Sat and Scientific Progress Goes Boink as well as other cartoons, integrated throughout. Bill Watterson won the 1986 Reuben Award as Outstanding Cartoonist of the Year, nominated by the National Cartoonists' Society. Calvin, cheeky, hyperactive and mischievous, and Hobbes, his cuddly toy tiger who, as far as Calvin is concerned is very much alive and kicking, are two of the most loveable and hilarious characters to grace the comic strip in years.

Bill Watterson (Author, Illustrator) William Boyd Watterson II was born in Washington, D.C. and grew up in Ohio. Ohio's suburbia was part of the inspiration for Calvin and Hobbes. He won the National Cartoonist's Society Reuben award in 1986.