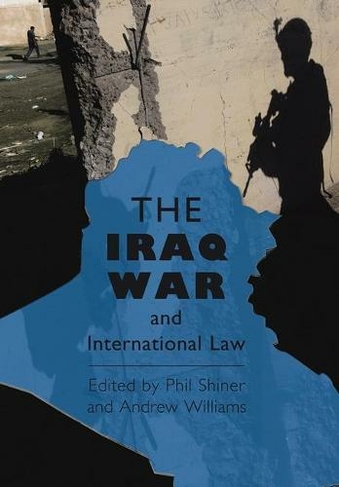 The Iraq War and International Law

The decision by the US and UK governments to use military force against Iraq in 2003 and the subsequent occupation and administration of that State, has brought into sharp focus fundamental fault lines in international law. The decision to invade, the conduct of the war and occupation and the mechanisms used to administer the country all challenge the international legal community placing it at a crossroads. When can the use of force be justified? What are the limits of military operations? What strength does international criminal law possess in the face of such interventions? How effective is the international regime of human rights in these circumstances? What role does domestic law have to play? How the law now responds and develops in the light of these matters will be of fundamental global importance for the 21st century and an issue of considerable political and legal concern. This book explores this legal territory by examining a number of issues fundamental to the future direction of international law in the War's aftermath. Consideration is also given to the impact on UK law. Both practical and academic perspectives are taken in order to scrutinise key questions and consider the possible trajectories that international law might now follow.

Andrew Williams is an Associate Professor in the School of Law at the University of Warwick, and author of 'EU Human Rights Policies: A Study in Irony' (2004 OUP) as well as a number of journal articles on human rights. Phil Shiner is an Honorary Professor at the London Metropolitan University and a Visiting Fellow at the London School of Economics. He has also been active as a human rights practitioner litigating various cases in UK courts concerning the death and torture of Iraqi civilians in detention and the unlawful killings of civilians by forces exercising policing functions.