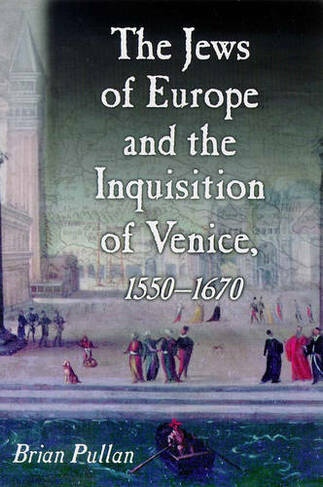 The Jews of Europe and the Inquisition of Venice, 1550-1670 New edition

A paperback edition of a much-acclaimed history of Europe's forgotten Inquisition. Venice in the 16th and 17th centuries was on the frontier between Christianiity and Judaism, being one of the principal points of departure from Europe to the Levant, and of re-entry from the Ottoman Empire. It was often the place where Europeans of Jewish origin made their final choice between Christianity and Judaism, and those who hesitated over their choice, or behaved ambiguously, frequently fell into the hands of the Inquisition. Pullan examines the social and political purpose of the Inquisition: its composition, procedures and legal entitlement to judge Jews. He explains the origins of the new Christians of Portugal and the neophytes of Italy, and describes those Christians who, though having no Jewish ancestry, nevertheless were attracted - at some risk to themselves - by the doctrines and customs of Judaism.