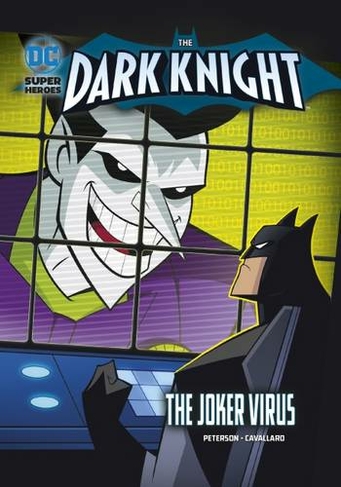 The JOKER has created a nasty videogame virus, an electronic version of his JOKER VENOM. If BATMAN can't get gamers to put down their handheld gaming devices, JOKER will soon have an army of obedient JOKER-zombies at his command.

Scott Peterson got his start in comics at DC Comics, editing their flagship title, Detective Comics and launching the first of the Adventures sub-genre of comics, The Batman Adventures. As a writer, he has been published by Disney, Scholastic, Golden Books, HarperCollins, and DC Comics, writing such books as Batgirl, Scooby-Doo and The Gotham Adventures. Mike Cavallaro is originally from New Jersey, where he attended the Joe Kubert School of Cartoon and Graphic Art, and has worked in comics and animation since the early 1990s. Mikes comics include Parade (with fireworks), a Will Eisner Comics Industry Award-nominee, The Life and Times of Savior 28, written by J.M. DeMatteis, and Foiled, written by Jane Yolen. Mike is a member of the National Cartoonists Society and lives in Brooklyn, NY.