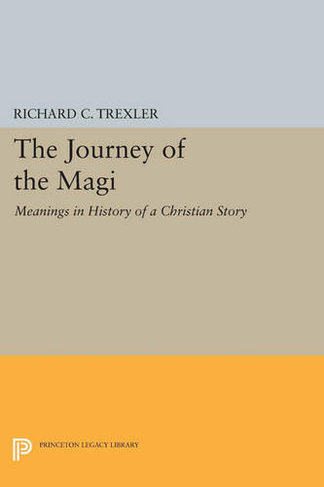 The Journey of the Magi: Meanings in History of a Christian Story (Princeton Legacy Library)

Matthew's Gospel reveals little about the three wealthy visitors said to have presented gifts to the infant Jesus. Yet hundreds of generations of Christians have embellished that image of the Three Kings or Magi for a myriad of social and political as well as spiritual purposes. Here Richard Trexler closely examines how this story has been interpreted and used throughout the centuries. Biblically, the Journey of the Magi presents a positive image of worldly power, depicting the faithful in progress toward their God and conveying the importance of the gift-giving laity as legitimators of their deity. With this in mind, Trexler explains in particular how Western societies have molded the story to describe and augment their own power--before the infant God and among themselves. The author demonstrates how the magi as a group functioned in Christian society. For example, magi plays, processions, and images taught people how to pray and behave in reverential contexts; they featured monarchs and heads of republics who enacted the roles of the magi to legitimate their rule; and they constrained native Americans to fall in line behind the magi to instill in them loyalty toward the European world order. However, Trexler also shows these philosopher-kings as competitive among each other, as were groups of different ages, races, and genders in society at large. Originally modeled on representations of the Roman triumphs, the magi have reached the present day as street children wearing crowns of cardboard, proving again the universality of the image for constructing, reinforcing, and even challenging a social hierarchy. Originally published in 1997. The Princeton Legacy Library uses the latest print-on-demand technology to again make available previously out-of-print books from the distinguished backlist of Princeton University Press. These editions preserve the original texts of these important books while presenting them in durable paperback and hardcover editions. The goal of the Princeton Legacy Library is to vastly increase access to the rich scholarly heritage found in the thousands of books published by Princeton University Press since its founding in 1905. 54 halftones