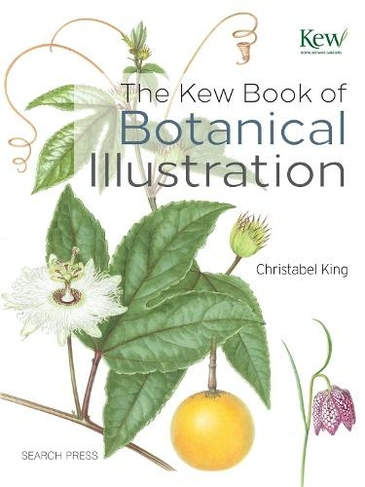 The Kew Book of Botanical Illustration

A chapter on travel drawings gives a flavour of the author's passion and worldwide experience. There is a helpful section on suitable subjects for beginners and a glossary of terms. The text is highly illustrated throughout with beautiful paintings.

Kew's chief botanical artist, and one of Kew's elite band of practitioners, Christabel King has been working as an illustrator at Kew for 40 years. In 1975 she began painting for their prestigious Curtis's Botanical Magazine (the longest running botanical magazine - first edition 1787), after achieving a degree in botany and scientific illustration. She runs successful workshops and courses at Kew and is highly skilled and acclaimed for her work. This will be her first book. Christabel lives in Twickenham, Middx. About the Royal Botanic Gardens, Kew The Royal Botanic Gardens Kew is a world famous scientific organisation and home to two elegant gardens in the South East of England - Kew Gardens in South West London and Wakehurst Place in West Sussex which also houses Kew's Millennium Seed Bank. Kew Gardens is a recognised World Heritage Site, with stunning glasshouses and a rich history of royal heritage interwoven with the development of modern day plant science and sustainable development.Your purchase supports the vital work of Kew - saving the plants and fungi around the world that might one day save us.