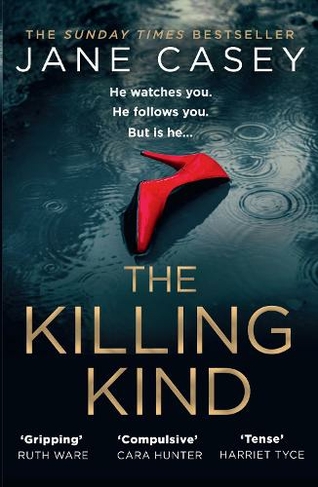 As a defence barrister, Ingrid Lewis is used to dealing with tricky clients, but no one has ever come close to John Webster, accused of stalking. Ingrid manages to safely bat away the charge, leaving her client proved innocent. How does he reward Ingrid's good deed? He starts to stalk her instead: following her, ruining her relationship, even destroying her home.

Just as Ingrid finally believes she has finally escaped his clutches, one of her colleagues is the victim of a tragic fatal hit and run accident. Ingrid is sure she was the intended victim. And then Webster turns up at her door to tell her she's in danger and insists only he can protect her.

Is he still stalking her? Is he a murderer or her protector? The clock is ticking, and Ingrid must decide whether to trust him before the killer strikes.

Told through multiple time frames, emails, and court documents, The Killing Kind is a tangled web that will make you question characters? motives, innocence, and who is hiding behind their lies. Jane Casey?s psychological thriller is a gripping, breathless game of cat-and-mouse that you won?t be able to put down.

Buy the Richard & Judy Spring 2022 Book Club Bundle to get all six books at our best price.

Jane Casey has written ten crime novels for adults and three for teenagers. A former editor, she is married to a criminal barrister who ensures her writing is realistic and as accurate as possible. This authenticity has made her novels international bestsellers and critical successes. The Maeve Kerrigan series has been nominated for many awards: in 2015 Jane won the Mary Higgins Clark Award for The Stranger You Know and Irish Crime Novel of the Year for After the Fire. In 2019, Cruel Acts was chosen as Irish Crime Novel of the Year at the Irish Book Awards. It was a Sunday Times bestseller. Born in Dublin, Jane now lives in southwest London with her husband and two children.