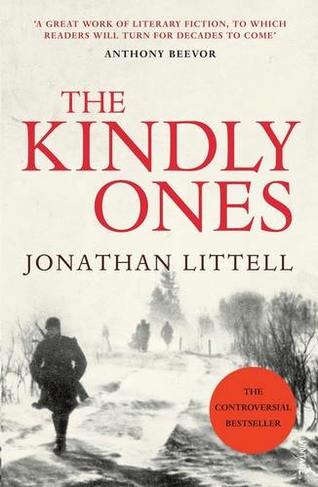 Dr Max Aue is a family man and owner of a lace factory in post-war France. He is an intellectual steeped in philosophy, literature, and classical music. He is also a former SS intelligence officer and cold-blooded assassin. He was an observer and then a participant in Nazi atrocities on the Eastern Front, he was present at the siege of Stalingrad, at the death camps, and finally caught up in the overthrow of the Nazis and the nightmarish fall of Berlin. His world was peopled by Eichmann, Himmler, Goering, Speer and, of course, Hitler himself. Max is looking back at his life with cool-eyed precision; he is speaking out now to set the record straight.

Jonathan Littell was born in 1967 in New York of American parents and brought up and educated mainly in France. This novel, originally published in France as Les Bienveillantes, became a bestseller and won the coveted Prix Goncourt and the Academie Francaise's Prix de Litterature. Previously he worked for the humanitarian agency, Action contre la faim, in Bosnia, Chechnya, Afghanistan and the Democratic Republic of Congo. He now lives in Spain.